Does Turkish food conjure up images of meat and kebabs? You may not believe it, in Turkish cuisine fresh fish plays an important role as well. In this article, we'll explain what Turkish fish is and its type of dishes. 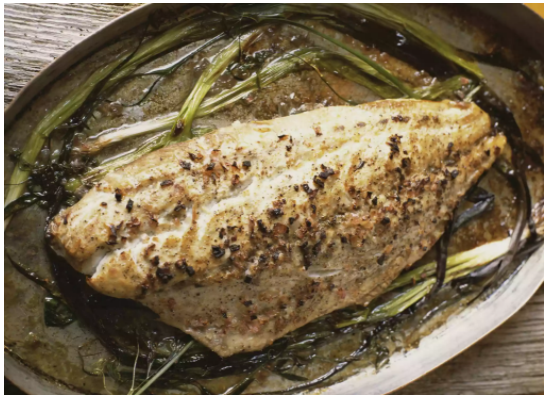 In Turkish cuisine, Lüfer is a popular fish. It's best when grilled or broiled because lüfer is heavy in fat. To create a golden crust and a wonderful flavor, just brush with olive oil and sprinkle with salt and pepper.

There are almost no variations in how lüfer is prepared in Turkey. Fresh fish is always better than old fish. August through December is the best time to enjoy lüfer.

Turkey's largest city, Istanbul, lies at the foot of the Bosphorus strait, which connects the Black Sea to the Marmara Sea and the Aegean Sea. It is said that the best lüfer is found there. 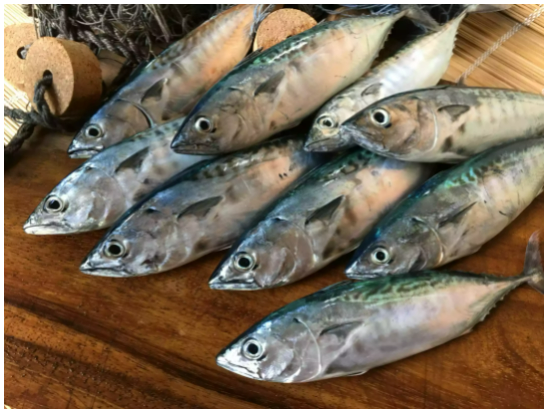 A good place to fish palamut is the Bosphorus. The best time to consume palamut is during the fall and winter months, similar to lüfer.

The texture of Palamut is firm and its color is rich and dark. The fish is called the 'quintessential Bosphorus fish' by the locals. For families or those who eat fish regularly, palamut is often a better option than lüfer since it's more affordable.

In addition, palamut consists primarily of fat, and only a light coating of olive oil and some seasoning is needed to grill it. When it comes to fresh palamut, you may want to try 'gypsy palamut,' which is caught through mid-July in the Black Sea further north.

Barbunya holds a high position in Turkish cuisine. Aegean and Mediterranean seas are ideal habitats for barbunya due to its ability to thrive in colder, deeper waters. A lovely reddish color and a slightly bitter, earthy taste characterize them, similar to red snapper.

Barbunya is sometimes fried but in Turkish cuisine it is usually served pilaki-style During this technique of cooking, fresh herbs, carrots, spices, and tomatoes are used along with garlic and fresh herbs. Pilaki is a method of cooking that is common in Turkish and Greek cuisine.

Ask your server for 'barbunya pilaki' when you are eating out, and you will get a delicious, fragrant platter of barbunya cooked in its own juices with all of these elements. 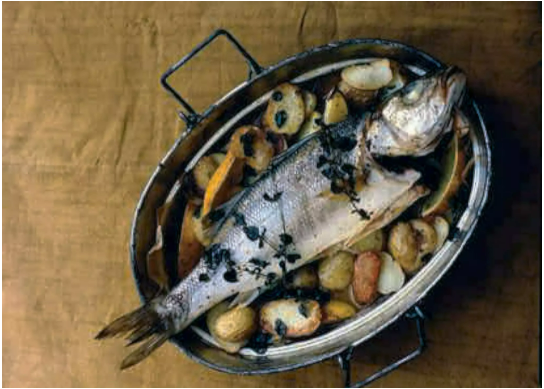 One of the most sought-after Turkish fish is the levrek. To meet the ever-growing demand, massive hatcheries raising domestic levrek have sprung up all along the Turkish Aegean coastline.

The summer months are best for farming levrek, which is from mid-May to early August. A few drops of olive oil and a light seasoning is all that is necessary to grill levrek.

In several Turkish restaurants in Istanbul, roasted whole levreks are available in crusts of hardened salt encrusted with bourbon and set aflame before serving. Think about having a 30-pound levrek brought to your table and set ablaze on a special serving cart! 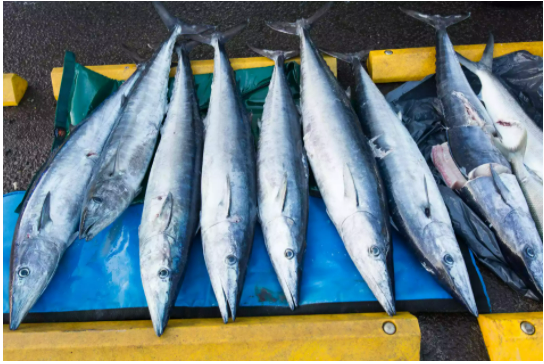 With its aggressive nature and speed, the torik, also referred to as the 'peto' or 'ono', is popular with sport fisherman. Tropical and subtropical waters are the ideal habitat for torik, but they also grow in the Black Sea.

The meatiness and silkiness of the meat make it highly prized. Turkey's traditional appetizer, meze, or lakerda, is prepared primarily with torik.

The closest thing to sushi is lakerda. A torik is essentially uncooked, large chunks of torik that are pickled in a brine of lemon juice, ice water, salt, and then preserved in olive oil. 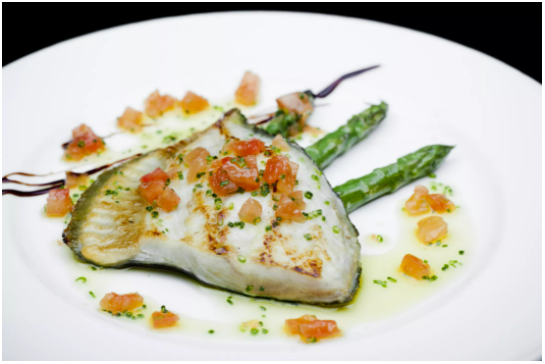 Black Sea harbors with sand and mud are a common place to find turbot during the winter. It will be difficult to decide how to prepare fresh turbot when you choose it from your local restaurant or fish market.

A popular way to prepare turbot is to grill it, but you can also cut it into thick strips, coat them with flour, and fry them. Whichever way you choose, it is guaranteed to be delicious.

Make sure to completely close the edges by covering the top with foil. Baking for an hour and a half at 400 degrees F/210 degrees C is recommended. 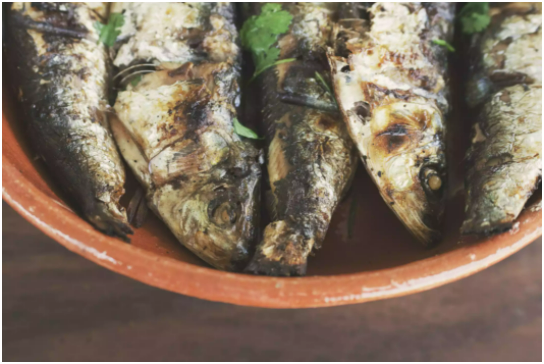 Early fall is the time when sardines are in season and popular in Aegean regional cuisine. Sardines are harvested near Gallipoli, at the meeting point of the Aegean and Marmara seas, where they yield some of the best fish.

Sardines are best prepared by pickling or frying according to the locals of this region. In Turkey, freshly caught sardines are wrapped in vine leaves and grilled until they are extremely tender. 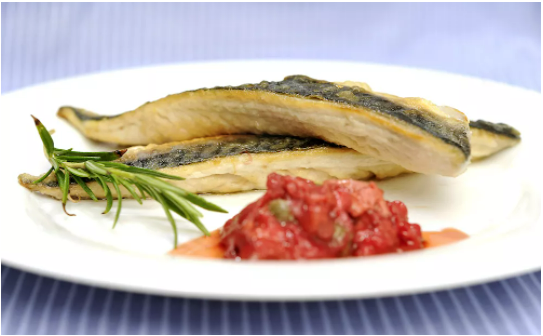 According to reports, populations of this tasty fish used to be abundant in the Black Sea and the Sea of Marmara, but overfishing and pollution and have led to a decline.

In certain areas around Istanbul, only some fishermen are allowed to catch mackerel. White wine and capers are used to cook Mackerel. 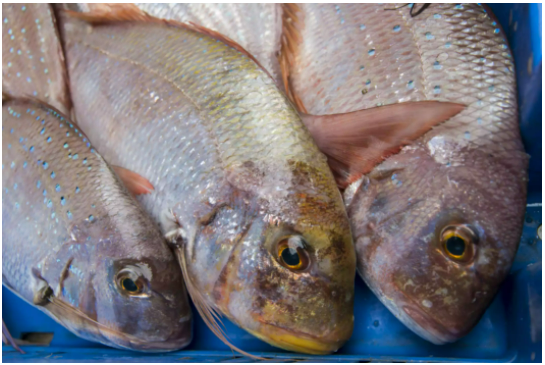 Pandora's delicate flavors make it a favorite of Turkish resorts. The light pink flesh of the fish also makes it an attractive choice. When it comes to eating Pandora, the best time of year is during June or July.

The Aegean Sea is believed to be the best place to find Pandora, but it can be found almost anywhere. Pandoras can grow quite big and can weigh upwards of 30 pounds. They prefer to be no larger than two to ten pounds, as that is their natural environment.

A delicate seasoning complements the delicate flavor. The natural flavor of the olive oil, lemon juice, salt, and pepper can be brought out with just a brush. It only takes a few minutes to grill them. 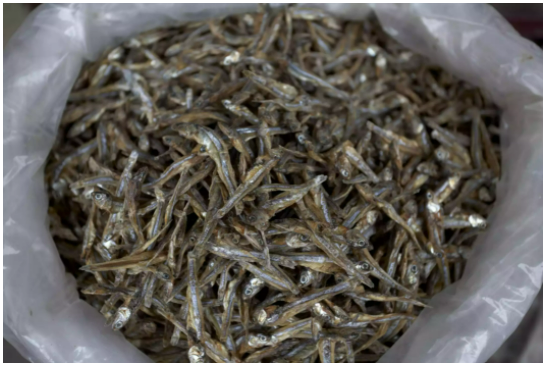 There are many anchovies to be found in the Black Sea region of Turkey. These ingredients are staples across this region, found in everything from soups and salads to appetizers, main courses, bread, and even pickles and sweets.

During the thick of winter, between December and February, the best anchovies arrive in the Black Sea. You can find larger, meatier anchovies in the Sea of Marmara, but they have fewer tastes than the anchovies in the Mediterranean.

You can prepare anchovies in a variety of ways, but the most common is to debone them with your fingers and coat them lightly with cornmeal before frying them. Fried anchovies on a large platter are a great appetizer.

The cheapest kitchen to the most expensive fish restaurant will often offer fried anchovies in season.